One of the first challenges that prospective teachers and expats have is choosing their location. Should they head to Seoul or maybe just one of its suburbs? What about Busan or Daegu? Are the smaller towns worth it or even manageable? All of these concerns are very valid and let me offer some advice.

Seoul is the center of modern Korea. For the new expat, it's one of the easiest places to assimilate as it is full of Western niceties and conveniences. That said, it should be noted that the other cities are full of wonderful quirks and charm. While all of the cities are Korean, each offers a unique Korean experience.

Still, you need to know what you want and what awaits you when you arrive on the peninsula.

This is one of the threads that has been going on over at the ESL Teachers group site.

Are the suburbs of Seoul cheaper than Seoul itself? I'm just looking for a city that is close enough to Seoul where I can be there in 30 min or under...

First of all, let's identify the major suburbs of Seoul, most of which are in Gyeonggi province. 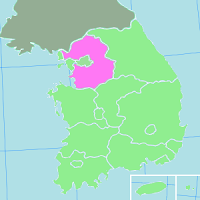 All of these places are connected to Seoul by either a train or bus and usually takes anywhere from fifteen minutes to an hour to get to the city, but that doesn't mean you will always be traveling to the city. Most of the suburbs of Seoul have been affected by the megalopolis and have experienced mini-booms that brought many of the big-city conveniences to each town.

Suwon seems to be the most popular suburb within the expat community. It's close to Seoul (45 min), has great public transportation and is noticeably cleaner than the capitol.

The other suburb cities are all very nice and I can research them for you if you'd like.

Is Seoul more expensive than the suburbs?

Some people are under the impression that Seoul, like most big cities, is very expensive. That's partly true. Seoul can be more expensive (housing, shopping, etc...), but isn't necessarily that way. It all depends on what you spend your money on. If you like to drink at bars and clubs, then it most certainly will cost you more. However, if you like to drink at a restaurant or hof, then your bill will be identical. The same goes for groceries. If you like organics then you're going to spend more. Your lifestyle will dictate your expenses.

The only difference is that in a suburb, there are less things to be tempted by. For example, I used to live by a Subway (the sandwich shop) and would eat there a couple times a week. I really appreciated its convenience when I first arrived here, but it was pricey. I was dropping over 20 bucks a week at Subway just because it was there. If it wasn't, I'm sure I would have been eating some Korean food which, of course, is much cheaper.

One more example: I used to live in Daechi-dong which is a predominately residential area in Gangnam-gu. It was a great area to live in. It was quiet, comfortable and close to Coex. Even though it was a residential area with only one bar, I managed to spend loads of money on booze. Now, I live on the main street in Gangnam and am totally surrounded by bars and restaurants, yet I only spend a fraction of what I used to. The bottom line is that the cost is not that different and if you are concerned about money then altering your behavior is more efficient than trying to flee to the suburbs.

While it might not seem like it's that big of a deal at first, after awhile you will miss Western food and you will seek it out. This is easy in Seoul, but can be a little tricky in the suburbs. It's there, but chances are that a fast-food chain or chicken hof might be all you come up with.

Is Seoul too crowded?

Yes. Seoul is way too crowded, but than again, all of Gyeonggi is crowded. Over 10,000,000 people live in the province and if you add Seoul in there, you've got over 24,000,000 million people living essentially shoulder to shoulder. If you don't like crowds, I would suggest you stay about from Seoul.

In the end, it's all about preference. Seoul has a lot of cultural icons and events to offer, but that doesn't mean the other cities don't have anything unique or worthwhile. If you prefer a slightly slower lifestyle, then take a look at the suburbs. They are close to mountains, trains and boast cleaner air and streets. You might encounter a few issues assimilating, but you're so close to the city that most problems can be rectified without much stress.

Would I recommend a suburb?

Gee, your blog is so informative, thanks for writing.

I am coming to Korea in a month and looking at a job offer in Ansan. I dig everything about the school and the offer except that it is in Ansan. I'm trying to do some research, but here's the story:

My boyfriend of three years and I just broke up (because I'm going to ROK and he wasn't ready). We will probably get back together when (and if) I get back, but I don't want to be miserable and miss him for a whole year. Long story short, I'm afraid that I will get bored in Ansan vs. Seoul and wonder what he's doing the whole time.

Will there be plenty of cute foreigners in Ansan and just how far away is it from Seoul? If you were in my place would you live in Seoul to avoid loneliness? I'm really stuck on this ... Any tips?

Maybe this is too much info, but you seem open and knowledgeable.