The Super Bowl and American Football

Do you know of any sports bars in Korea that play football games OR if any will play the Super Bowl? I know American football isn't as popular as soccer so this is a long shot - The former question is the more pressing one but I'd love to know the answer to the second as well for next season.


This is typically one that all Americans are concerned about. Canadians go through the same thing with hockey, but no one really cares about hockey anyways, so it doesn't matter. Last May I briefly discussed this issue, but I'll just go over a few things from that post.

Watching sports in Korea is easy if you like Manchester United, Hines Ward, Asian baseball, MMA, figure skating, short track, one swimming event, or archery. Since, however, many expats are not interested in most of those, finding a dependable place is tricky. It's odd, too. For a country that has a TV in every fucking place imaginable, you'd think that a wide array of sports would be shown. Well, that's not yet the case...unless you're this guy. He makes sure his games are shown. 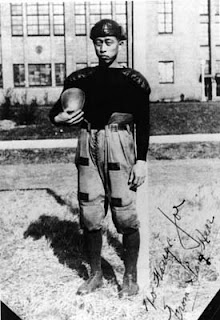 So let's talk American football. The most dependable option is to take care of it yourself. You can buy a subscription on Yahoo Sports! or you can go the myp2p route. As far as college ball goes, your Uni should offer a service where you can subscribe for the entire season. GI Korea threw in the idea that climate change is a myth you can befriend some hired guns or sneak into get invited onto an American military base and watch AFN

If you want to be more social than rubbing sitting in front of your computer, then you've got a few options. RMT is always a good, dependable option. Sometimes they're live and sometimes they're not, so if you can handle being around obnoxious smashed normal Canadians, then I'd check out their viewing schedule. You can also try Geckos, Hooters and Big Rock. They try their best with the games. Big Rock looks like it's picked up a lot of the Gangnam

The only trick to watching North American sports in Korea is the time change. Unless you record it somehow, you pretty much have stay up super late and avoid the Internet until it's time for the game. That gets tricky. You might be harmlessly logging on to Facebook, when BAM!, your old middle-school friend made a ever-so-slight comment about how bad your quarterback did. First of all, fuck him for being such a douchey armchair quarterback, but you should know the risk when you get on site like that. I'd recommend Cracked if you're looking for a time killer.

Now, there is another way to battle the fall season blues: go watch the Korean American Football Association (KAFA). These guys have no fucking clue and they play like it's prepubescent flag football on the old practice field, but it does put you in the mood to listen to a little Hank Williams Jr.. The weather's cool and the beer is, well, Korean, but it's there and you'll drink it either way. Aside from the sissy hitting and lack of defense, the best part is that each team allows a couple foreign players, so if you're bulky, hot-headed and never got to be a part of the jock clique in high school, then this is your time to push around some lanky Korean dudes and build your self-confidence. Sure, the non-Korean fans might shit all over you when if you lose, but I'm sure it'd be fun.

So don't worry. You can find American football being shown somewhere, but I should tell you that no matter how much you try, you're going to miss games and you're going to be somewhat out of the football loop while you're here. I tried my best and still go on and on to my wife about how much I love the game and how great fall is because of it, but there's no way to be a die-hard fan when no else seems to care.

I still can't believe that these people haven't heard of a slingbox or hava (myhava.com). The technology has been around for several years now (four in my case).

Sadly, I will have to get up at 3 A.M. Monday morning to open my door to a buddy who has to catch the Dallas/Minn. game. I am watching it anyway, it just sucks that I now have to get out of my warm bed and cook a bit of breakfast at such an early hour.

I hadn't heard of myhava.com yet, but it looks good from what I saw. And as far as Slingbox goes, I think a lot of people get over here before realizing they need it or what it is.

Did you set it up before coming over? Does it work with TIVO?

“I think a lot of people get over here before realizing they need it or what it is.”

With all the information available on the internet, that’s on them for not doing a better job doing their homework about what they’ll be needing for the long haul overseas or even down the street if they don’t have a satellite or cable service and want to sponge off someone who does.

When I first decided to come to South Korea, I knew I’d like to continue to watch sports and television programs from back home, so I started to investigate the services available and originally went with the Sony LocationFree box, but it was crap right out of the box (mainly because their customer support was useless—I guess the technology was still too new even for them to troubleshoot). Luckily, I was able to run to Best Buy and install the Slingbox in minutes. And, yes, it has been connected to one of my brother’s DishNetwork dual input dvrs since that time. As a backup, I added a hava box as a safeguard against product failure. The slingbox is slightly superior to the hava—mainly in terms of virtual remote control response. The hava has a longer lag time while the sling’s response is almost instantaneous while the hava’s takes a couple of seconds to change channels and skip through the commercials.

Also, as I finally remembered before going to sleep last night, you don’t even need to download the slingbox program to run it on your computer. You can go straight to the website and watch from your browser after you input your sling’s name and your password which I let my friend do to watch the game from his own home in the early hours this morning. So while he watched it in real time with commercials, I slept in until 7 a.m. and am now watching it in a third of the time by hitting that 30 second fast forward skip button between plays and commercials. Absolute bliss.

All you need on both ends is high speed internet speeds of at least 512k for the service to be watchable. Get the High Definition slingbox or havabox if the cable or satellite you will be connecting to is in HD and your internet speeds are fast enough. I do pay my brother about $40 a month because he has to pay an extra fee to DishNetwork for the added dvr player and dvr service ($9/month), electricity, and bandwith I use on his end. Well worth the cost and then some. The dvr service is awesome, especially as I will be at work in an hour and will miss the season premiere of “24,” but I can watch it when I get back later today without watching the commercials or having to wait while downloading it as a torrent.

Oh, yeah, you can even watch on your cell phone. Something my brother likes to do a lot. He usually logs onto the hava as I use the sling mostly. They are dedicated boxes (one user at a time unless inside the home were the box is located then you can have 4 simultaneous users on the hava); however, you can kick off a viewer if you have the administrative password.

Thanks for the info. Great advice for me as well.

You can actually set it up while overseas. Just have your host buy a sling or hava, set it up, and then e-mail or call you with the box id/name and the password.

When my first sling broke down from heavy use, I purchased a new one off of Amazon.com and had it shipped to my brother. He set it up and I was watching my favorite programs within the week. Luckily, I'd already programmed the dvr, so I missed nothing.