Where do young Koreans go for sex?

I have a short question: Where do young Koreans go to have sex? I mean, they all live with their parents, right?

Short question with a long answer. I'm going to broaden the scope of the question by expanding "sex" to include all forms of hanky panky.

You are correct that Koreans tend to live with their parents until marriage. There are exceptions to that (moving to Seoul from X small/country city, divorced parents, good job, long commutes etc...) and more and more Koreans are choosing to move out, but the norm is still to stay at home, especially considering housing costs. The Grand Narrative has an excellent write-up on Flatting, Premarital Sex and Cohabitation in Korea, so check that out for sure. I can't any solid "First Age of Sex" surveys on Korea, but I did find this one. 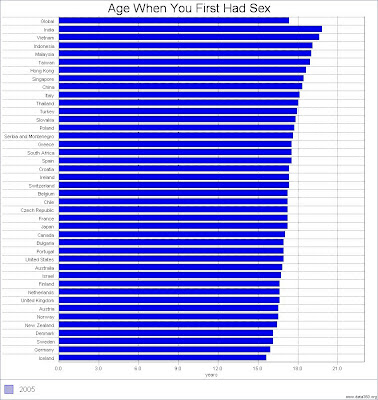 I took the average of the East Asian countries in the survey and hit close to 18 which is just above the global average. I don't have any reasons to think that Korea is that much different than their neighbors, but I'm sure some of you Korean sociologists might be able to add some thoughts.

So, with all of these people living at home, it begs the question as to where they are going to have a little consensual fun. We know that the people in or beyond their late 20's (with money and a little courage) can simply stop by their friendly neighborhood love motel when the urge hits, but what about the rest of the youngsters? Going to a love motel is pretty suggestive, a little more pricey and if people just was a little over-the-shirt lovin', a motel might be too much. 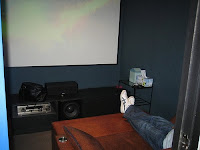 Judging by the name, these places seem quite innocent, but once you walk in the door and find a bed or huge bed-like couch where the standard couch used to be as little as five years ago, that innocence disappears. I can't find the link, but a few weeks ago, I saw a survey on Naver which said that the number one place for "college students to have sex for the first time" was in DVD rooms. Korea Times also has an article mirroring those results. They're cheap, sound harmless and carry less of a stigma than the love motel.

Like the DVD rooms, the noraebang typically offers privacy, low prices and very little shame. A young couple can go in there and sing, dance, smoke, drink and smooch as much or little as they want.

Don't believe me? Go to Hangang Park late at night on the weekends. Not only will you see the sex-starved twenty-somethings snuggling all day under their blankets in plain view, but when the sun goes down, the action can get a little more heated. No, there are not people getting too wild or anything, but there certainly is something going on. The LGBT scene has got some different rules. I've talked about it a lot on Ask the Expat, but Korea Beat has a good amount on the subject as well.

I'm sure there are a whole host of other spots that I don't know about either as it changes from generation to generation. For instance, the older generation used to head to the drive-in theaters. I'm pretty sure there was no Back Seat Betty's frequenting city overlooks, but it was certainly done one way or another in Korea. Another spot that you can still find around the country is a "dabang" (다방). Many of you will know these places as a discrete place where hookers entertain their guests, but many years ago (1970-80s), these places used to be more varied and innocent. There were the ones with ladies of the night and the ones where young couples could escape from the grips of their parents, drink coffee, chat, listen to a Korean DJ and even get a little close in partitioned cubicles. The latter aspect of the dabang is not seen anymore as they have been totally taken over by the sex industry or have changed themes completely.

So, the youngsters are out there and they appear to be having some success in finding a little privacy. Did I miss any?
by The Expat at 7:26 PM

I'd suggest that the dating aspect of 다방 simply shifted to the (almost totally equivalent) coffee shops ~ many of which still have high couches or other semi-partitions. Still, these were more for dating away from prying eyes than substantive physical contact.
It's amazing how much more PDA is acceptable compared to "back in the day" . . .