Things to Consider When Buying a Dog in South Korea

I'm kind of confused. So what is the best way to buy a puppy that's healthy, and more. I really want a healthy puppy that loves me and I want to love him/her. I really don't want to always take it to the vet, like you did. I'm so sorry to hear that, though...
Please... Help me!
P.S. I'm going to buy a puppy in Korea when I move there...

I talked about this before and that post should cover most of it.

I'd like to add a couple more things though. Adopting a dog (or pet) in Korea is not the same as in the West. Many of the dogs that are sold in vets, legit pet stores and animal hospitals are small, toy dogs that a vast majority of expats might not be interested in. I certainly wasn't and have actually been shocked by the responses that I get in public when I am walking my mutt.

Mutts or "똥개" (dong-gae: "shit dog") are not viewed in a positive light in Korea. Just like with cars and clothes, Koreans treasure "quality" (mostly because of perception) and a mutt equates more to a used car or second-hand clothes rather than a good, presentable dog. In most cases, your average Korean will buy a small, white pure-bred toy dog. Of course, they love their dog just as much as I love mine, but the point is that thousands and thousands of mutts are born each year and sometimes finding a home for them is difficult.

Let me offer this quick story. My wife and I were walking our dog last week and a motorcycle delivery guy drove past us, slowed down and pointed at our dog saying, "That dog...is...a mutt." Apparently, the shock of seeing a mutt being cared for was so much that he felt like he had to slow down and make a comment. This type of exchange has happened several times in the two months that I've had my puppy and it's a testament to how mutts are viewed.

That said, when a vet or animal hospital is housing a non-pure-bred, they typically try to make them as desirable as possible, so they can get rid of them. (Regardless of taste, no one wants to put a dog to sleep.) So often times, these pups will be sold at a very low price or even given away WITH its shots already underway. You can get a great puppy. 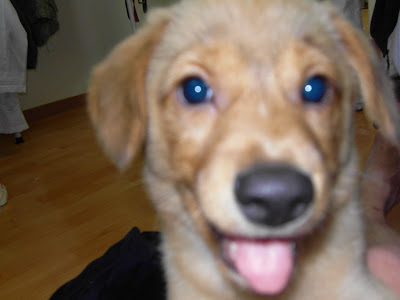 Another thing to consider when getting a dog in Korea is your living space. My wife and I have a lot of space. Our dog is not living in one room, nor is he confined to a concrete jungle when we take him on a walk. Way too many well-intentioned expats buy a puppy here for one reason or another and end of condemning their new pet to tiny quarters with limited face-time. Make sure you have appropriate housing and space for a dog before starting to look.

The last thing I'd like to mention is illnesses. Unlike the West, Korea still has problems with serious puppy diseases and viruses. Parvo virus is rampant in Korea and distemper is still causing serious problems. If you do buy a young puppy, make sure they have started their shots, but more importantly, don't take your puppy outside or around other dogs until they have finished their fourth round of shots. Some vets will tell you to wait until all five rounds have been administered and they're not being overly paranoid. I know it's tempting to take your new puppy to the park to chase butterflies, but play it safe.

It's great that your getting a dog once you arrive it Korea. As long as you plan on keeping it when you leave Korea; have enough space and time for it; buy a mutt (your choice); get all of its shots on-time and are prepared to keep it indoors for a couple months while it's building up its immune system, then I suggest heading over to Animal Rescue Korea to take a look at the dogs they have up for adoption.

Here's a podcast on the subject.

So I told my parents I was going to get a 똥개 (dong-gae) when I move to Korea and they started laughing and asked if I like dog meat.

Apparently, the term "똥개 (dong-gae)" came from the fact that starving stray dogs ate human shit. Little kids would shit on the streets and that's all the dogs could find to eat.

Back in the days of the Korean War and thereafter there were a lot of stray dogs all over the place. Food was scarce for Koreans, so they were forced to eat these dogs. Typically, the larger breeds since they provided more meat.

똥개's can still be found raised and sold as food (like any US livestock) in the more rural areas and is considered the best type of meat. I hear it's very pricey.

So when a native stops, points, stares, comments about your 똥개, I don't think it's because of the fact that it's a mutt, but probably because you're walking around food.

Imagine someone in the US walking in public with a leash around a chicken, or cow, or pig (ie George Clooney). I would stop and stare, too.