I missed the DJ fest earlier this month. I didn't even know it was going on actually. Are there any other Western rock or dj festivals this summer? Is there a festival guide?

With the apparent success of the 3rd Seoul World DJ Festival, I figured I would be getting a few questions about upcoming festivals. And just as the questioner said, missing shows and festivals is all too common since there is very little public advertisement for any non K-pop musical acts or event. I'm a little surprised that you missed the DJ Fest. They aggressively promoted the event on facebook, myspace, twitter, naver, cyworld and just about every other major social networking site. They even emailed me and asked if ESL Teachers in Korea could "host" the event. They had it right and maybe some other ad teams will take a few cues.

There are two western-ish music festivals coming up this summer. There's the Jisan Valley Rock Festival in late July. 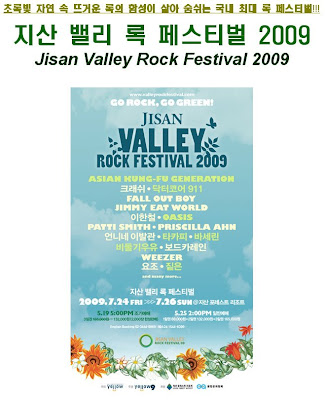 I was surprised to see they had attracted some relatively well-known western acts. And of course, there's the Pentaport Rock Festival. 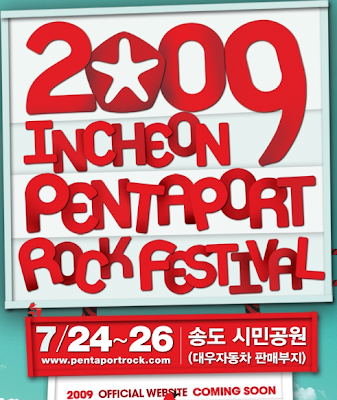 Notice anything? The powers that be decided that since Korea has so many international rock festivals, it would be okay to hold two on the same weekend. The reason for this is just as I've said before, Japan's Fuji Rock Festival, which attracts tons of major acts, is held the same weekend and Korea tries to take advantage of the musical presence in the region. All of the big names playing at Jisan and Pentaport are also playing at Fuji. I would suggest taking a long weekend and cruise over to Japan for their fest. It looks excellent.

Honestly, Korea isn't a festival destination yet. There are issues with pay, location, venue, turnout and organization that have yet to be sorted out or understood here, so until then, you must make-do with the local acts and dive bar bands.

For a more comprehensive list of good resources, check this out.

If anybody has any questions, just send me an email at asktheexpat@yahoo.com or leave a comment.
by The Expat at 4:41 PM